I know, I know… long time, no post. Life has been crazy. But I wanted to pop in and let you know that the first book in The Bang Shift Series will be ON SALE for $0.99 for ONE WEEK ONLY starting Monday (1/26/15). Brody has not only gotten some amazing reviews (even featured in RT Book Reviews Magazine!), it placed in a National RWA contest! When the book originally released through my publisher (previously titled Darkest Sin), the ebook was priced over $8! When I released it in November, I slashed it to less than half (and a more reasonable) $3.99. So it going on sale for $0.99 will be a steal! Don’t miss your chance to get his novel-length romantic suspense at an amazing value.

And what better time than now to reveal the second book in the series! Hunter: The Bang Shift Series will release on March 24th!

Pre-order links are going live as we speak, so check my website for availability. March will be an exciting month! We have lots of things planned for the release of Hunter, and I can’t wait to share!

AND if you haven’t signed up for my Newsletter, you’re missing out! Last month I gave away a Nook, Coach tablet bag, and B&N gift card to one lucky subscriber. Next month’s contest hasn’t been announced yet, so you have time to subscribe. With so many changes on where people hang out online and what FB lets you see, getting the periodic newsletter is best way to get announcements. (though I’m still in social media-land) #justsayin 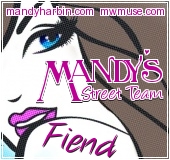